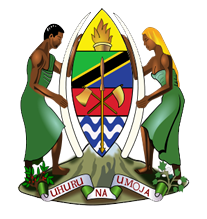 A Study on Government of Tanzania

The United Republic of Tanzania is located in Eastern Africa and was formed out of the union of two sovereign states namely Tanganyika and Zanzibar (From which its name was formed). Dar es Salaam is the commercial capital of Tanzania and because of its geographical and locational advantage, Dar es Salaam Port presents itself as the gateway into East and Central Africa. Furthermore, this renders Tanzania as a logical investment destination for investors.

The country enjoys political stability since attaining political independence in 1961. Tanzania has a vibrant national consultative process that cements national unity and social cohesiveness. The Government of Tanzania ( GoT ) has a total of 20 ministries under which there are 230 departments, which in turn administrate 30 regions and 169 districts.

As part of the nation’s Development Vision 2025, there was a requirement to build the capacity of the public sector to enhance its accountability to the public. However, tracking public servants records was tedious. The records were maintained individually by several departments. Capturing, preserving, dissemination of relevant government records and archives was a huge challenge. In order to automate the process, Human Capital Management Information System (HCMIS) was implemented in 1995.

Then again, the legacy system was no longer relevant to the changing ecosystem. The major challenge was that previous vendor had discontinued its support for version 7, besides this, no workflow solution for approval process meant lot of paper work. In addition to that, the system supported a mere 50 concurrent users. It also lacked many salient features like, no control over ghost employee records, no flexible reports, no planning and budgeting module and much more. This made the system redundant and
deemed ineffective.

The GoT evaluated various solutions available in the market including SAP & PeopleSoft. After careful assessment GoT chose Greeno to implement Infor HCM based on their expertise in Infor HCM Consulting & Implementation and their innovative pricing by outcome model.